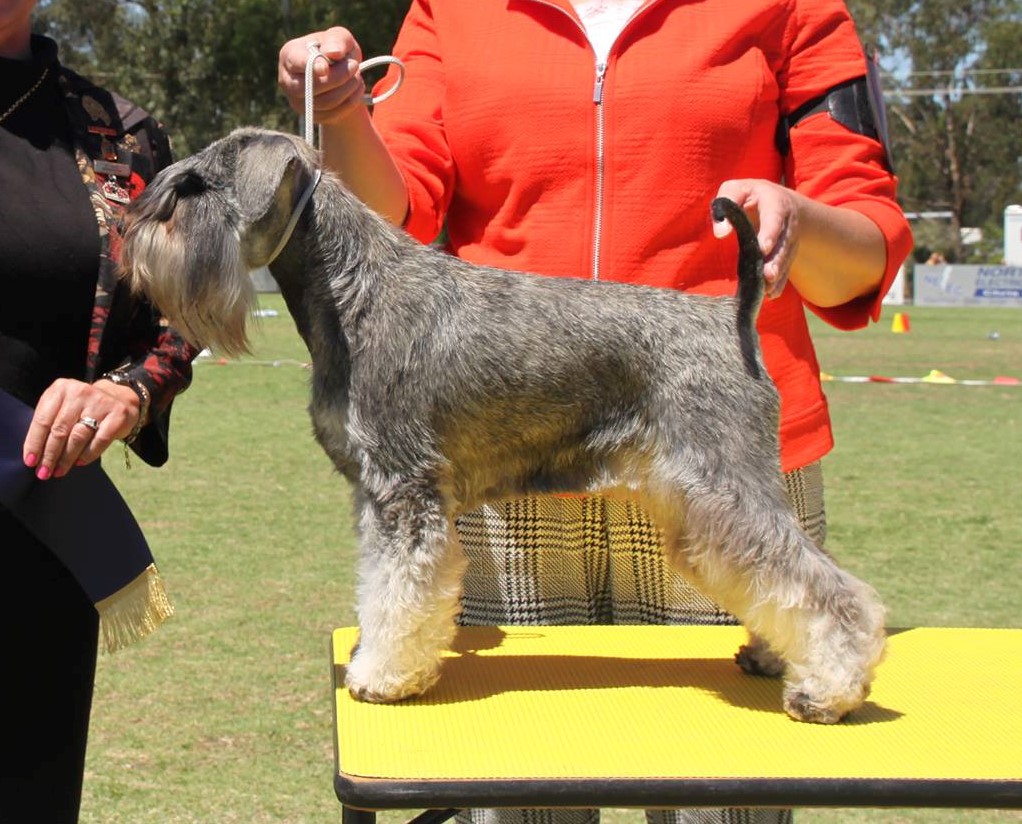 What a year 2016 has been for 'GIDGET' the new kid on the block at Forestal.

With very limited showing Gidget is;
No3 Miniature Schnauzer (DOL Pointscore) in the 2016 Show Dog of the Year Competition for Victoria.
No6 in the 2016 Victorian Breed Challenge competition.
No2 Rising Star for Victoria 2016.

At her first show where she was eligible to earn points for her Australian Championship Title she was Runner Up Best In Group (Grp 2nd) & Best Puppy in Show at the Golden Wattle Kennel Club.

Her second eligible show was Royal Melbourne Show where she went Best of Breed from an entry of 70 Miniature Schnauzers and was 1 of 4 short-listed for Best Puppy in the Utility Group.

In 6 weeks and just 13 shows she gained her Australian Championship at the age of 10 Months including 7 times Best of Breed & Best Puppy in Utility Group &  5 times Runner up Best of Breed.
Along the way she was BOB & Puppy in Group at the Prestigious Sunbury Canine Club, Runner Up Best of Breed & Puppy In Group at Victorian Womens dog Club, another large and Prestigious Show.
And Runner Up to Best in the Utility Group (Grp 2nd) at Echuca Kennel Club under Mr A De Wilde (Belguim).